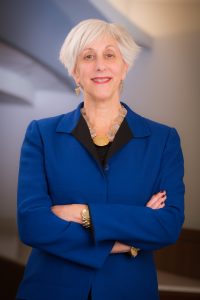 Susan Chodakewitz, a highly recognized and accomplished senior executive with a proven track record of turning around, building, and growing businesses, joined Nathan as president and chief operating officer in May 2015. In her capacity as president and CEO, Ms. Chodakewitz is restructuring, rebranding, and repositioning the firm to promote growth and diversification of offerings and clients, and refresh the corporate culture. Ms. Chodakewitz also serves on the Nathan Board of Directors and is Chair of the Board of Nathan London. Her success lies in her ability to operate at strategic and tactical levels, work across numerous stakeholder communities, and communicate and motivate through both written and oral communication.

She possesses a very broad and diverse portfolio of accomplishments, having worked with the Federal Government and commercial industry, as well as international NGOs and non-profits. Before becoming Nathan’s president and chief executive officer, Ms. Chodakewitz served eight years as president of Tetra Tech AMT, an aviation management and IT subsidiary of Tetra Tech Inc., a multibillion-dollar consulting firm. She positioned the subsidiary as a premiere provider of aerospace and technology services, and broadened the client base in U.S. federal, commercial, and international markets. In 2010 the firm was named “FAA Large Business of the Year.”

Previously she spent more than a decade at SAIC, a major defense and national security contractor, where she advanced to senior vice president, almost doubled revenue at SAIC’s business consulting program, and directed a unit that reached nearly $200 million in annual revenue. She also spent almost 10 years at Booz, Allen & Hamilton supporting a wide range of clients.

Ms. Chodakewitz has been publicly recognized for her achievements, receiving the “Leadership in Business” award at the Women’s Center Leadership Conference in 2014, the Brava Award from SmartCEO Magazine in 2012, and the “Women Who Mean Business” award from the Washington Business Journal in 2011.

Her public service includes serving on the boards of multiple organizations and serving as a mentor in various capacities. She is a frequent speaker, panelist, and lecturer at industry and government conferences on topics such as women in leadership and STEM and various business issues, and has authored over 40 publications and presentations.

Embodying Nathan values and ensuring their continuation, Sue Chodakewitz puts a premium on attracting and retaining outstanding, dedicated people who are independent, creative, and fact-driven, who approach their work with passion and a sense of ownership, and aligning them with a future- focused vision and strategy for building on Nathan’s historic record of achievements.