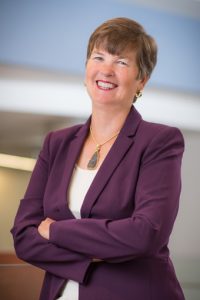 Katherine (Kathy) Clark served as chief executive officer of Smarthinking, Inc, the leading provider of online tutoring services to colleges and universities from April 2009 until February 2011. She joined the company in April 2009 to oversee development and execution of the company’s growth plan, to increase the company’s valuation, and to find an exit strategy for investors. Smarthinking was acquired by TutorVista/Pearson in February 2011.

Prior to joining SMARTHINKING, Kathy was the co-founder of Landmark Systems Corporation, an enterprise software company located in Reston, VA, that she started with two partners in 1983.

Kathy co-authored the company’s first product and was responsible for product development, customer service, international sales and strategic marketing functions before assuming the role of CEO in 1994.

Kathy is an experienced executive whose leadership helped Landmark grow at an aggressive rate, leading to an IPO in 1997. She continued to serve as CEO of Landmark until 2002 when the company was acquired by ASG Software. Following the acquisition of Landmark (revenues of $60M), Kathy and her husband spent much of the next six years on their sailboat in the South Pacific.

She serves on the corporate board of Nathan Associates and previously served on the boards of ENSCO, WLR Foods (NASDAQ WLRF, acquired by Pilgrim’s Pride) and Landmark Systems (NASDAQ LDMK).

Kathy is active in the technology industry as a representative on industry, association and education boards. She is the former chair of the Northern Virginia Technology Council, the nation’s largest council dedicated to promoting technological advancement. She has served on the boards of Shenandoah University, George Mason University and the Virginia Foundation for Independent Colleges and many non-profit boards.