The data arises from the Surveillance, Epidemiology, and End Results (“SEER”) Program of the National Cancer Institute. The report is more technically described as the 1973-2015 SEER Research Incidence data (November 2017 submission). SEER collects data on cancer cases from various locations and sources throughout the United States. Data collection began in 1973 with a limited amount of registries and continues to expand to include even more areas and demographics today.

The data in 2015 reflect moderate changes from 2014, but appear to support the long-run trends previously identified in the data.

The rates above are used to extrapolate from the sample to an estimate of the population of mesothelioma diagnoses. The SEER incidence data are represented below in the following chart: 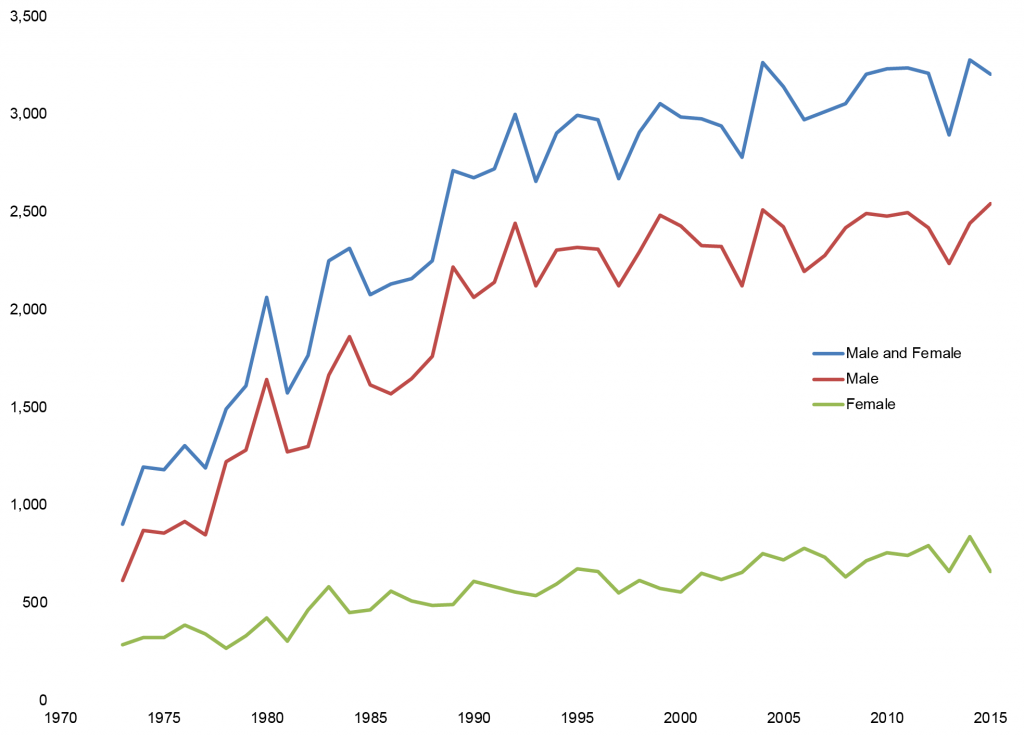 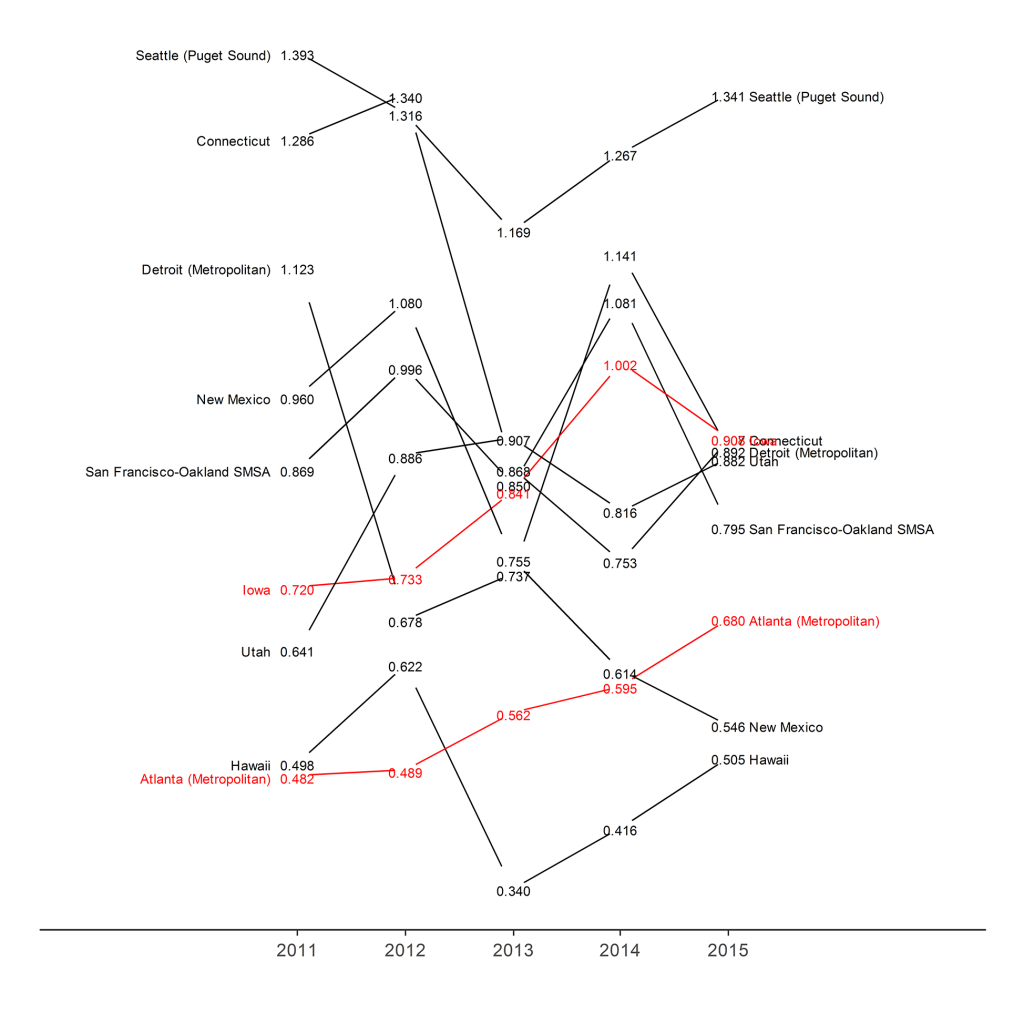 The rates in Atlanta and Iowa appear to be trending upward while the rates in the other registries are stable and/or decreasing. The rates observed in the Seattle registry are consistently the greatest.

The changes in the rates and point estimates can also be examined further by drilling down to the age level. The following slopegraph shows the rate of all (both male and female) mesothelioma diagnoses over the past five years by age cohort. 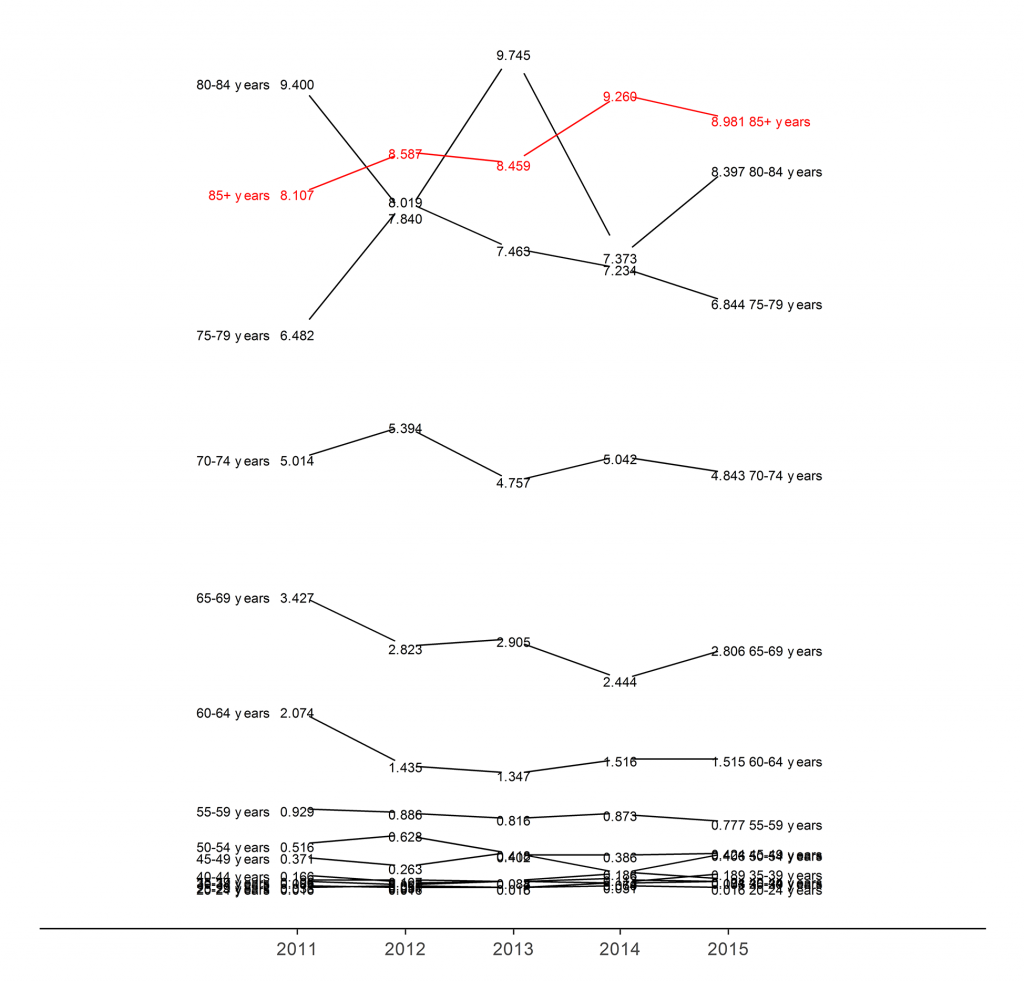 The rates of mesothelioma appear consistently stratified and stable by age cohort. There does not appear to be any trending by age cohort either aside from the slightly rising trend for individuals older than 85 years.