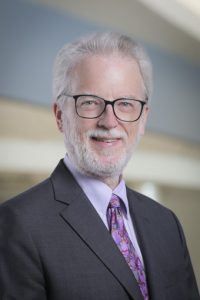 An economist and lawyer, Timothy Buehrer advises governments on a wide range of economic policy issues with a focus on macroeconomics, private sector development, logistics, and trade. His experience in directing complex policy-reform initiatives has earned him recognition at the U.S. Agency for International Development (USAID) and among governments worldwide as a trusted adviser, capable manager, and intellectual leader. He is also a lawyer with experience in regulatory reform and legislative drafting.

As Chief of Party for the USAID and State Department’s ASEAN Connectivity through Trade and Investment (ACTI) project, Dr. Buehrer supports the Association of Southeast Asian Nations’ economic integration efforts. The project works closely with U.S. companies that are active in the region to promote trade and investment reforms and expand opportunities for small and medium enterprises. Since the 1980s, he has also led or held senior roles in projects in Africa and the Middle East, Southeast Asia, and Micronesia. In addition, he has offered consulting services Eastern Europe and South Asia, and East Asia.

He has written extensively on inflation, monetary policy, trade, regulatory reform, and investment.