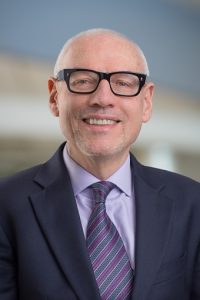 Eamon Cassidy has over 30 years of experience in development, trade and economic growth. He has worked as an economist, headed large and complex country operations and represented the UK overseas at the highest levels of government and in international fora. He has worked extensively with the WTO, EU institutions, the World Bank, United Nations and other multilateral bodies.

An economist by training, prior to joining Nathan Mr. Cassidy worked for the UK Department for International Development (DFID) from 1989 to 2014, first as an economic advisor in London, Malawi and Zimbabwe and later as Country Director in Mozambique and in Nigeria. As Country Director, Mr. Cassidy was responsible for country strategy and policy, and for program development, delivery and impact assessment, alongside leadership and management of large country teams. In both Mozambique and Nigeria, Mr. Cassidy delivered increased annual program spending and impact, and drove significant improvements in donor behavior and aid effectiveness.

Mr. Cassidy also served as head of DFID’s Global Partnerships Department, leading on G8/G20 policy and bilateral donor and foundation relations, and as head of the DFID/Department for Business, Innovation and Skills Trade Policy Unit. There he was responsible for maximizing UK influence on EU-led bilateral, plurilateral, and multilateral negotiations, fostering cross-government coherence on trade policy, engaging with UK business on trade issues, increasing the prominence of trade in DFID’s approach to economic development, and helping poor countries to engage more in, and benefit from, international trade.

After DFID, Mr. Cassidy worked with Save the Children in London, leading a department of 85 staff responsible for developing and overseeing the implementation of projects and programs across 40 countries and for funding and broader partnerships with institutional donors.